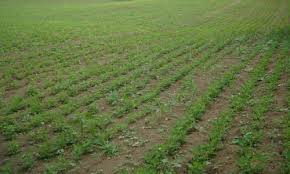 The ITAT, Delhi in the case of Assistant Commissioner of Income Tax vs. Vijay Singh Kadan, Legal Heir of Late Shri Randhir Singh Kadan, 2014 (12) TMI 599, has recently held that an agricultural land should be situated within a distance of 8 Kms. from the local limits of a municipality and not from the outer boundary of the village wherein such land is situated.

Facts and circumstances of the case:

The assessee claimed that the capital gain from the sale of a land was not taxable as the land sold by him was an agricultural one that did not fall within the definition of capital asset under section 2(14) of the Income Tax Act.
The distance of the land in dispute was more than 8 kms. from Sohna Municipal Corporation or Gurgaon Municipal Corporation.

The ITAT passed the judgment in favor of the assessee holding that the land did not fall in any area that was comprised within the jurisdiction of any municipality having a population of not less than ten thousand. The provisions of clause (b) of Section 2(14) (iii) are very much clear and simple. The distance of the land can be calculated from the local limits of any municipality that is near the land.
The ITAT relied upon the judgment of the Commissioner of Income Tax, Chandigarh vs. Smt. Anjana Sehgal [2011 (3) TMI 695 – Punjab & Haryana High Court]. The Revenue contended that the land was a capital asset which was within the distance of 8 Kms. from a municipality in Haryana though it was situated in Punjab. The distance of the land could easily be measured from Gurgaon Municipal Corporation for the purpose of Section 2(14) (iii) (b).
It was further held that CIT (A) rightly held that the distance should be measured as per road distance and the aerial distance as per crow’s flight should not be taken into account. The CIT (A) had relied upon the decision given in CIT (A) vs. Satinder Pal Singh, 2010 (1) TMI 752.
The view taken by the CIT (A) as to whether distance of the land should be considered from its boundary or up to the village, within which it is situated, was not accepted. The ITAT held that the land should be within the area whose distance is less than 8 Kms. If it is not stated if the land was in any particular village, then the distance of 8 Kms. should be considered from the outer boundary of the village.
It was stated that the assessee had also produced the certificates from CPWD wherein it was certified that the route distance of the land from Gurgaon Municipality was 10.4 Kms. and there was no valid reason given by the Revenue for rejecting the said certificate. Considering the certificate issued by Shri I.D. Rustogi, former Additional Director General, CPWD, the distance of the land from Gurgaon Municipal Corporation was proved to be beyond 8 Kms. As such, the land sold by the assessee did not fall within the scope of Section 2(14) (iii) and the land sold was an agricultural one.
In view of the above it was held that the land was not a capital asset and not chargeable to capital gains tax. Accordingly the appeal was decided in favor of assessee.

READ  Medical reimbursement paid to employees is not part of salary and no TDS can be charged upon it
Tags: agricultural land capital asset local limits of a municipality