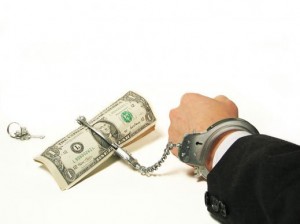 Tax evasion is the unlawful process by which people escape paying taxes. In Tax evasion taxpayers willfully misrepresent their true state of affairs before the tax authorities for decreasing their tax liability.  It includes dishonest reporting of tax, like declaring less income or profits than the true amounts earned by them, or claiming unjust deductions. It denotes the amount of unreported income of people.

If the income tax department finds out that someone has concealed any income chargeable to tax which means there is a willful evasion as provided in Section 114 of the Income Tax Act, a penalty will be imposed that amounts up to three times the amount of income concealed. If the amount of tax evaded is Rs. 10,000, a penalty ranging between Rs. 10,000 and Rs. 30,000 can be charged.

When to report tax evasion?

Even honest people might be evading tax. We need to stop people from doing it. If you know someone who is guilty of evading tax, you should report the same to the tax authorities.

The Income Tax Act has given birth to more criminals than any other statute existing in the country. All tax evaders are not suspicious in their appearances. Many apparently honest looking people might be having unaccounted money hidden in their lockers. Even the most humble looking citizens might not be paying the proper amount of tax.

Even salaried people can evade tax:

Salaried people who have filed returns might have either willfully or negligently failed to report income from other sources, are guilty of tax evasion. A salaried person might have a savings bank account wherein any interest income accrues to the balance at regular intervals. This income needs to be reported in their income tax return but that is not done by many taxpayers.

One should always report against Tax Evasion before the income tax department and get a reward. The Internal Revenue Service (IRS) income tax reward scheme aims to punish tax offenders and give reward to the informers reporting such tax evasion.

The Government of India has implemented an attractive Reward Scheme which gives rewards to informers leading to detection of tax evasion. The maximum amount of reward to the informers is 20% of the value of articles seized and the penalty realized.

There is also a provision for giving advance reward in some cases. If one possesses any information to give, one should contact the officers of the concerned departments.

The IRS keeps the identity of the reporters of tax evasion confidential. The IRS pays the rewards after collecting all amounts in the case and after the case is officially closed.