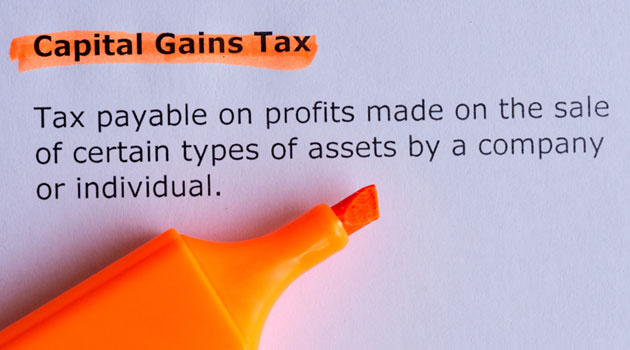 Basically, any income on sale of a capital asset refers to a capital gain and a person has to pay tax on the same. But whether the land was sold out of the person’s own wish or its is a Compensation for Compulsory Acquired Land decides whether or not the assesse is required to pay the Capital Gains tax.

The Supreme Court recently held that, the sale is not ‘voluntary’ for a negotiation of amount as compensation received by a party for compulsory acquisition of land and therefore not chargeable to tax under the head “Capital Gain”.

The case study of Info Park Kerala vs. Assistant Commissioner of Income Tax:

The bench comprising of Justice A.K. Sikri and Justice R.K. Agarwal, made it clear that just because there is a deal of compensatory amount, it cannot change the character of acquisition of land from ‘compulsory’ to ‘voluntary’.

The appellant’s land was acquired by Techno Park and they were offering the appellant a compensation of Rs.14, 36,616/- through the Land Acquisition Collector (a special Tahsildar). But this amount was unacceptable to the appellant.

After much bargaining and discussion, the parties agreed upon the compensation of Rs.38, 42,489/- Once the deal was struck the appellant agreed to make a sale deed in favor of Techno Park.

While paying the amount to the appellant Techno Park, it deducted 10 percent as TDS which was later refunded to the appellant under Section 10 (37) as per which the income on compulsory acquired land is exempted from tax.

But the Income Tax department initiated re-assessment proceedings against him, claiming that when the assesse had entered a sale deed with the Techno Park, the acquisition is no longer considered compulsory and is liable to pay the tax.

The assesse filed a petition in the court of law.

The bench said that in the present case the amount offered by the Land Acquisition Collector was unacceptable to the appellant and as per the provisions of Section 18 under the LA Act, the District Judge can be looked upon to decide whether or not the amount offered as a compensation is proper or not.

But the appellant did not approach the District Judge and instead negotiated with the Techno Park and arrived at a harmonious settlement to receive a sum of Rs. 38,42,489 as compensation.

And as a result of that agreement the appellant had to enter the sale deed which was a necessary step.

It was held that the settlement happened because the appellant was compelled to do so, as the land was already acquired and he just wanted a good compensation for his land.

Hence, to avoid litigation, he entered into negotiations and settled for a final compensation. Just because compensation is made which was agreeable to the assesse, the nature of the deal cannot change and it will still come in the category of compulsory acquisition only.

As per the procedure under the ‘Right to fair compensation and transparency in land acquisition, rehabilitation and resettlement act, 2013, the collector can pass the rehabilitation award with the consent of the parties involved therein.

The court held that they are clear that the appellant would have not entered into any sale deed with the firm otherwise. There was no consent over acquiring his land by the company. Since the land was already acquired he just wanted to salvage the situation and tried to receive as much compensation possible from the party involved.

Therefore, his compensation, as negotiated, cannot be charged under the ‘capital gain’ denying benefit of compulsory acquisition and that he was liable for exemption on the same under section 10 (37).