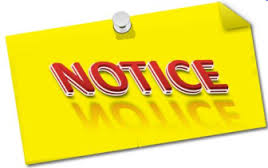 The ITAT Delhi in the case of Ms. Images Credit and Portfolio (P) Ltd. vs. ACIT (ITAT Delhi), I.T.A. No. 5301 to 5305/Del/13 has recently held that a notice cannot be considered as valid if it is issued in the name of an amalgamated company.

Facts and circumstances of the case:

These were cross Appeals directed against a common order of the Ld. CIT (Appeals)-II, New Delhi which was passed on 16.7.2013 relating to the Assessment Years 2003-04 to 2008-09.
There was a search and seizure conducted as per Section 132 of the Income Tax Act at the premises of Shri B.K. Dhingra, Smt. Poonam Dhingra and Ms. Madhusudan Buildcon Pvt. Ltd., New Delhi on 20.10. 2008. Based on the documents of the assessee company seized from the residence of Shri B.K. Dhingra, proceedings under Section 153 C along with Section 153A of the Income Tax Act were initiated against the assessee company vide notice dated 10.9.2010.
The Assessing Officer concluded the assessment vide order dated 31.12.2010 holding the total income of the assessee company to be Rs.32,91,002/- in which additions were made in connection with unexplained purchases amounting to Rs.28,80,575/- as per Section 68 of the Act and the expenses amounting to Rs. 4,01,338/- as claimed by the assessee were disallowed.
The above additions were deleted by the Ld. CIT (Appeals) in the appeal preferred by the assesee company before the Ld. CIT (Appeals). Being aggrieved by the said order the Revenue filed an appeal against the deletion of the addition by the Ld. CIT (Appeals).
The assessee also preferred an appeal wherein the validity of the initiation of proceedings as per Section 153 C of the Income Tax Act was challenged.

Arguments made by both parties:

The Ld. Counsel for the assessee, Shri Kapil Goel and Shri BK Dhingra, stated that there was an amalgamation of the assessee company with Ms. Sainath Associates Pvt. Ltd. The order dated 25.5.2010 sanctioned by the Hon’ble Jurisdictional High Court in connection with the amalgamation was also referred. It was further stated that after the order of the amalgamation by the Hon’ble High Court, the assessee company namely Ms. Image Credit and Portfolio Pvt. Ltd. did not exist.
It was pointed out by the counsel appearing on behalf of the assessee company that the Assessing Officer issued notice according to the provisions of Section 153 C of the Act on 14.9.2010 that was after the order of sanctioning the amalgamation. It was contended that for the said reasons the notice issued under Section 153 C in the name of the company which did not exist was a nullity as such, the assessment based on the said notice was not a valid one.
The counsel appearing on behalf of the assessee company relied upon the decision of the ITAT, Delhi passed in the case of P.D. Associates Pvt. Ltd. in ITA nos. 5811/Del/2013 to 5816/Del/2013, and that of the Hon’ble Jurisdictional High Court in Spice Entertainment Ltd. in ITA nos. 475 and 476 of 2011.
The Ld. Counsel appearing on behalf of the Revenue, Shri R.I.S. Gill, relied upon the order of the lower authorities and contended that in the assessment order the Assessing Officer categorically mentioned that Ms. Image Credit and Portfolio Pvt. Ltd. was amalgamated with Ms. Sainath Associates Pvt. Ltd. for which it cannot be held that the assessment order was passed against a non-existent company but against one which was in existence. It was also pointed out that the assessee informed the Assessing Officer about the amalgamation of the assessee company through a letter dated 19.11.2010.
It was further argued that notice as per Section 153 C was issued on 14.9.2010 that was before 19.11.2010. It was submitted that the assessment order was a valid one and the same should be upheld.

After carefully considering the arguments of both sides and upon perusing the material placed, it was found that the assessment has been completed on the basis of a notice issued according to Section 153 C of the Act on 14.9.2010.
It was observed that the notice was issued in the name of Ms. Image Credit & Portfolio Ltd. It was admitted that the Hon’ble Jurisdictional High Court passed the order dated 25.5.2010 under Section 394 of the Companies Act, 1956 relating to the amalgamation of the assessee company with another company namely Ms. Sainath Associates Pvt. Ltd.
It was found that when notice under Section 143(2) was sent, the assessee which was then an amalgamated company appeared and brought the fact within the knowledge of the Assessing Officer who did not substitute the name of the appellant but on the contrary made an assessment in the name of Ms. Spice which was not in existence as on that date.
In view of the above the proceedings and assessment order passed in the name of Ms. Spice was held to be void. It was held that such a defect cannot be considered as a mere procedural defect.
It was concluded that the notice was illegal and bad in law for which the assessment should be quashed. It was also held that as the assessment order was already quashed, the grounds of appeal of the Revenue against the deletion of addition made by the Ld. CIT (Appeals) did not survive.
The appeal preferred by the assessee company was allowed and the appeal that was filed by the Revenue was dismissed by an order dated 19.12.2014.

2 min read Mismatch in Credit of TDS : Is the Assessee Liable to Pay?