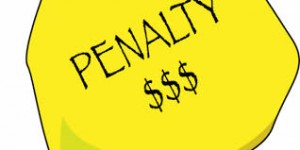 There are many judgments of different courts which have adjudicated the issue of levy of penalty under section 271(1) (c) of the Income Tax Act.

Section 271(1) (c) of the Income Tax Act deals with levy of penalty in the following cases:

When the tax authority is of the opinion that the assessee has either concealed the details of income or has given incorrect particulars of income, penalty is imposed as per Section 271(1) (c) of the Act.

But it is the condition precedent that such opinion should be arrived at during any proceeding under the Income Tax Act.

Cases where such circumstances were dealt with:

The apex court in the case of CIT vs. Angidi Chettiar 44 ITR 739 held that the Assessing Officer in the course of assessment proceedings should be satisfied regarding the concealment of income forming the basis of the proceedings for levy of penalty. It held that this primary condition must be satisfied.

Later on an issue arose as to whether such satisfaction needs to be recorded in the assessment order passed by the Assessing Officer.

Differences of opinion have been observed by the different High Courts. It was held by the Supreme Court that recording of satisfaction in the assessment order is necessary for levy of penalty under section271 (1) (c) of the Act. Mere observations of separate penalty proceedings will not suffice.

An issue arose whether the concealment as per section 271(1)(c) applies to cases only where assessment is done according to the normal procedure or it is also applicable in case of income assessed according to section 115JB of the Act .

The said issue was dealt in many judicial decisions. The Delhi High Court in Nalwa Sons Investment Ltd v. CIT 2010, Del HC passed a judgment in connection with this where the levy of penalty was done when income was assessed as per section 115JB. In the case, the assessee filed return stating a loss amounting to Rs. 43.47 crores as per the normal provisions of the Act as well as book profits amounting to Rs. 3.86 crores under section 115JB. The Assessing Officer held that the loss was of Rs. 36.95 crores under the normal provisions and book profits of Rs. 4.01 crores. The Assessing Officer levied penalty as per section 271(1) (c) of the Act. The assessment order was upheld by the Commissioner of Appeals. The assessee filed an appeal against the penalty order. The Tribunal affirmed the order of Commissioner of Appeals. In appeal before the Delhi High Court it was held that when income is assessed as per section 115JB, no question of concealment arises for additions made during computation of income as per the normal provisions. As such penalty cannot be levied under section 271(1) (c) of the Act.

READ  Debate as to whether CIT has power to assume jurisdiction u/s 263 of the Act in respect of assessments made u/s 153A after obtaining mandatory approval u/s 153D.