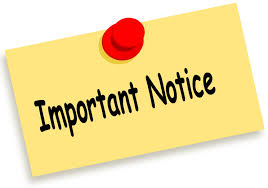 The ITAT Mumbai in the case of Shri Sanjay Badani vs. DCIT (ITAT Mumbai), SA No.216/Mum/2014 (Arising out of ITA No.5221/Mum/2014) has explained the procedure to serve Proper Notice by post and affixtures.

Facts of the case:

Provisions of the statute:

it was held that provisions of Section 292BB was introduced on and from 1.4.2008 relevant to the Assessment Year 2008-09 according to which, where an assessee has appeared in any proceeding relating to an assessment, it shall be deemed that any notice which is required to be served upon him, has been duly served upon him in accordance with the provisions of law, and he shall not be allowed to raise any objection in any proceeding that such notice was not at all served upon him or was not served upon him in time or was not served in a proper manner.
In the instant case, it was observed that the assessee raised his objection before the Assessing Officer which has been noted by the Assessing Officer in his order that the said assessee has objected on the ground of non-service of notice under section 143(2) during the assessment proceedings.
Thus the assessee shall not be disentitled from applying his right to object to the service of notice under section 143(2) of the Act. It was found that notice issued to the assessee returned unserved by postal authorities and thereafter the same was affixed. For service by fixture the necessary report was filed.
Order V, Rule 17 to 20 of the Code of Civil Procedure provides that a notice should be served either by post through affixture. It is also provided in the income tax laws that service should be done after making all required efforts to establish its genuineness.
The reasons for service through affixture was not been recorded by the Assessing Officer. There was also no mention of name and address of the person who identified the assessee’s residence. Therefore the procedure under order V rule 17, 19 or 20 was not followed.
In view of the above, it was held that there was no valid service of notice under section 143(2) through affixation. In the instant case, the department failed to establish that notice under section 143(2) was served within the time limit, as such, the assessment made based on such invalid notice could not be treated to be valid and the assessment order was declared as null and void and liable to be rejected. The assessee’s appeal was allowed.