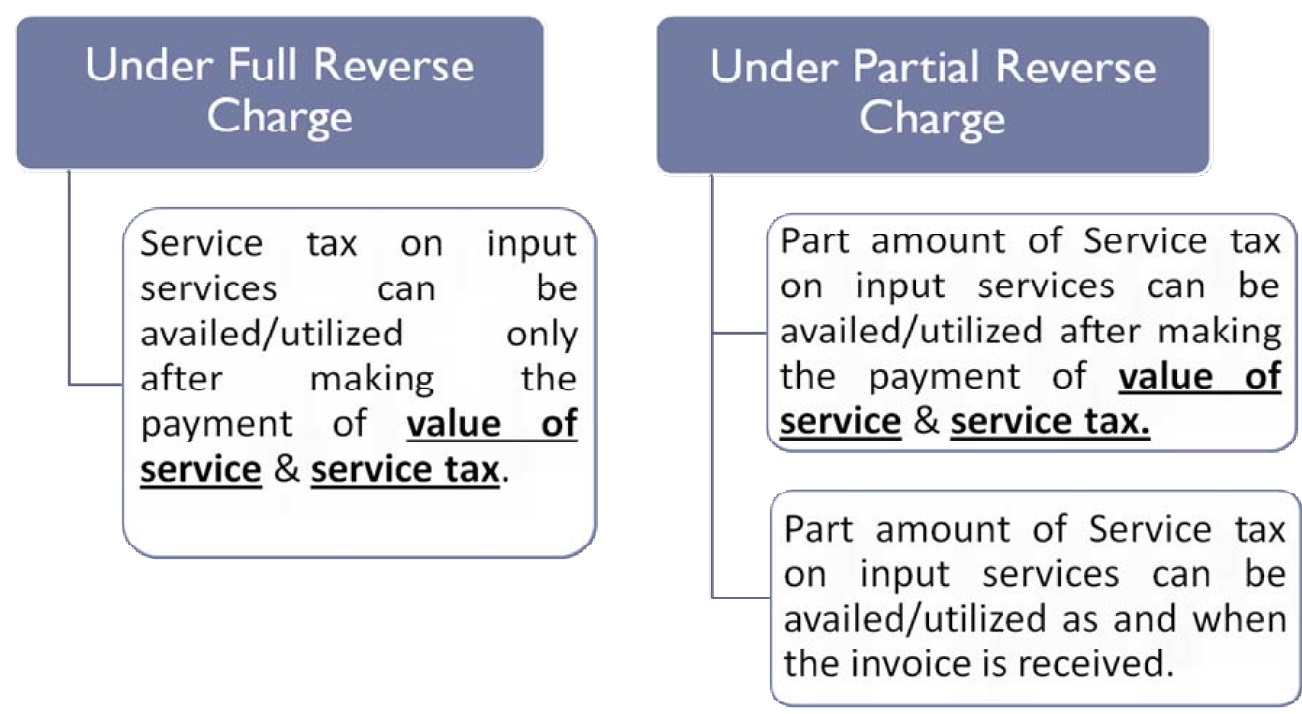 A revolutionary change has been brought about the entire taxation system of India, with the onset of a new tax structure named Goods and Service Tax (GST). VAT, CST, Excise Duty, Service Tax and 13 other taxes along with 22 Cess taxes have been subsumed under one tax i.e. Goods and Service Tax. Quite a number of people are confused about the new tax revolution that has changed the entire indirect taxation part of the country overnight, many are still trying to figure out what exactly GST is and how previously being charged taxes will be incorporated in it and how will they be applicable from now onwards.

Understanding the term Reverse Charge under Goods and Services Tax

Previously service tax was charged @ 15% (14% Service tax, 0.5% Krishi Kalyan Cess and 0.5% Swach Bharat Cess) on the supply of goods and services, except on those mentioned in the negative list. Service tax was collected by the service provider and paid to the central government but there were five exceptional cases where service tax is liable to be paid by the service receiver and not the service provider. Since the charge of payment of service tax is reversed in five cases that is why the term was given “Reverse Charge”.  Reverse Charge was defined under Section 2(98) of the Service Tax Act.

Previously reverse charge was applicable on five cases where the service recipient was liable to pay service tax. But under Section 9 (3) of the CGST Act, 2017, the government decided on 19th may 2017 to include eighteen types of services where the reverse charge mechanism is applicable. In the case of goods, the government hasn’t come up with any such list yet. Section 9 (4) of the CGST Act, 2017 further states that if a recipient of goods and services or both is registered under the GST Act and receives the services from an unregistered service provider of goods and services or both then, in this case, the service recipient is liable to pay service tax.

READ  When can reopening of assessment be allowed?

Under Section 5 (3) of the IGST Act, 2017, the government clarified that the government may specify categories of goods and services or both on which the reverse charge mechanism is or will be applicable. Section 5 (4) of the IGST Act,2017, states that integrated tax on supply of goods and services from a person who is not registered under the GST Act is received by a person registered under the GST Act, then reverse charge mechanism will apply.