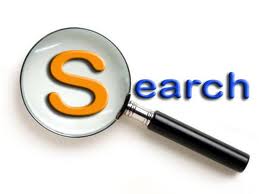 Survey operations:
An operation under section 133A of the Income Tax Act is called ‘Survey’. But the term Survey has not been defined in the Act. However section 133A of the Act deals with the power of survey.
The term ‘Survey’ refers to collection of information at the place of business or profession. Surveys are milder than search operations as they do not involve seizing cash or jewellery or any other asset. But it involves recording statements on oath, searching residential buildings etc.

Powers of income tax authorities at the time of conducting a survey:
1. To enter into a place of business during its working hours and in other places, only after sunrise and prior to sunset.
2. To enter any place which is not a business premises, if the cash, documents, books of accounts, etc. of an assessee are lying there.
3. To put marks of identification on the books of accounts, to take copies of them and to impound books of accounts found during such survey upon recording reasons for doing so. But survey teams cannot seize assets. It should be noted that the records in the books of account as well as other documents discovered at the time of the survey operations will stand as a fact unless proved otherwise.
4. To make an inventory relating to cash or other assets found, to record the statement of an individual, to gather information in connection with the amount of expenses incurred for any personal function or event such as wedding ceremony, to discover and produce evidence etc.
5. A survey can cause a search depending upon the nature of the information collected provided certain conditions of section 132(1) of the Act are fulfilled.
6. Generally survey is concluded in a single day, but under some special circumstances it can continue on the following day.
7. To record the statement of a person available at the place of survey if it appears that such statement may be useful in any proceeding under the Act.
8. In a survey like search and seizure, the tax officer cannot force the assessee for recording his or her statement regarding income.
9. Only an authority having jurisdiction over the assessee is entitled to conduct a survey.

Search operations:
One should know about the reliefs granted by the law to an assessee undergoing the search operations which include:
1. The officials cannot seize stock in trade of a business but can only make a note of inventory relating to the same in case of disclosed and undisclosed stock.
2. The officer cannot seize the cash if the same is properly explained and evidenced.
3. Jewellery which is disclosed in the wealth tax return cannot be seized during a search operation.
4. If an assessee has not filed a return of wealth, gold jewellery up to 500 gms. for each married lady, 250 gms. in case of each unmarried lady and 100 gms. for each male member of the family, can be allowed.

Rights of the assessee during a search:
An assessee should know his or her rights and duties during the search operations to avoid any odd situation. The rights of the assessee during the search operations are –
1. To verify the search warrants and identities of the officers conducting the search;
2. To insist that ladies should be checked only by ladies;
3. To have at least two local witnesses;
4. To be Vigilant;
5. To call a Counsel;
6. To call a doctor in case of a medical emergency;
7. To allow the children of the assessee to go to school, upon checking their bags;
8. To have meals, medicines, etc. at the due time;
9. To inspect the seals placed on various articles during the search;
10. To have a copy of the seizure list;
11. To have a copy of any statement recorded by the Department;
12. To inspect the seized books of account, etc.;
13. To personally search all members of the search party.

Rights of the assessee after a search:
An assessee can file an application to the Commissioner of Income tax in case of retention of books and documents after 180 days from the date of the seizure.

Consequences of making false statements:
If an assessee an oath or affirmation does not state the truth or makes a false statement, he shall be punished with imprisonment or fine or both as per section 181 of the Indian Penal Code.

Consequences of a search which is held as illegal by High Court:
When a search is declared as illegal by High Court, all the assets seized should be returned along with the original copies of books of account. All the documents are to be released. No proceedings under 153A or 153C can be initiated. But the department may use the documents, as it was held in the case of Pooranmal vs. Director of Inspection (1974) 93 ITR 505 (SC).

Surrender of income during a search operation:
During the course of search any surrender letter filed by the assessee is a statement of the assessee under section 132(4) of the Act. The declaration is subject to no penal consequences. The surrender letter should be signed by of the person making the same. In case a person files so on behalf of another person, he should be duly authorized by the original person to do so.