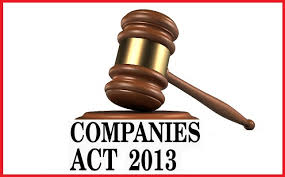 The old Companies Act enacted in 1956 was introduced to consolidate the law governing the corporate sectors. This Act was in force for the last many years and has been amended several times. To cope up with the new economic environment and development of our economy, the Government has decided to replace the old Companies Act, 1956, by a new one which has been enacted on 29.8.2013 with the assent of the Hon’ble President after being passed by the Rajya Sabha, to improve corporate governance, keeping in mind the interests of all classes of investors.

New changes introduced:
Many new provisions have been incorporated which will have significant implications on the audit profession. The new Companies Act is likely to change the entire financial market in the country, as the companies now require changing their audit systems. The audit committees will have an important role to play to ensure equal opportunity is been given to multiple service providers.

Qualifications of an auditor:
Under the old Act, a Chartered Accountant having a certificate of practice or a firm of Chartered Accountants could be appointed as auditor of a company.
The 2013 Act, has provided few additional qualifications upon the auditors. According to the new Act, a firm having a majority of the partners practicing in India who are qualified for individual appointment may be appointed to be an auditor. Where a firm including a LLP is appointed as an auditor of a company, only it’s partners, who are chartered accountants can act and sign on behalf of the firm.
The introduction of LLP as an auditor having partners who are not Chartered Accountants is a drastic change which will show the path for many partnership firms.
Any person who has a business relationship with the company is disqualified from being appointed as an auditor. A person whose relative is a director or any personnel of the company cannot be the auditor of the company. In the same manner a person who has been convicted by any court of law of an offence involving fraud and ten years have not elapsed from such conviction cannot be appointed as an auditor.

Appointment of auditors:
Auditors shall be appointed in an annual general meeting of a company and they shall hold office from the end of such meeting till the conclusion of the ensuing sixth annual general meeting after ratification by members at each such meeting.
An auditor is eligible for re-appointment after the end of five years from the completion of the earlier term. An audit firm having common partner with another firm having completed its term cannot be re-appointed for five years from the completion of the tenure of the other firm.
According to the provisions of the new 2013 Act, before the end of the term of appointment, a company may remove the auditors by a special resolution with prior approval from the Central Government. Moreover, the auditors shall also have the right to resign. The Tribunal on its own or upon an application made before it by the Central Government or by any person in case it finds that the auditor of a company has committed fraud in relation to the company or any of its directors or officers, may direct the company to remove its auditors.
The auditor, against whom such an order is issued by the Tribunal, shall not be appointed as auditor of any company for the following five years and shall also be liable to pay penalty.

Mandatory rotation of auditors:
For the listed companies the tenure of appointment of an auditor or an audit firm is restricted to five or ten years.
An auditor or audit firm has to rotate upon the expiry of the term. The shareholders of the company, at their option, may choose to decide that an audit partner may rotate at interval fixed by them, or that the audit may be conducted by many auditors.
Mandatory rotation of auditors is a new concept which is likely to change the Indian market significantly as many companies have retained their auditors for the last many years.
Mandatory rotation is going to have both positive and negative effects upon the overall audit quality as well as on the overall expenses and timing.
However some financial experts have raised the issue that the sudden introduction of mandatory rotation may disrupt the audit market as well as the industry as the implications cannot be predicted at this time. Moreover a change in auditors may result in increased cost.

Reporting Frauds:
The Companies Act, 2013 and its rules require that the auditor should immediately report the Central Government within a prescribed time period and in the prescribed form, if he has reason to believe that fraud has been committed against the company by any of its officers or employees. There is no limit set for such reporting. The term ‘Fraud’ according to the provisions of the Act, includes all acts of omission or commission.
The auditor should at first report the fraud to the board and the audit committee asking for their reply within forty-five days. Within fifteen days of this reply, the auditor should report the fraud to the Central Government along with the reply of the board and audit committee.

Powers of Auditors:
The new section 143 of the Act 2013 deals with the powers and duties of Auditors. Presently an auditor in his report has to state his observations or views on the financial transactions or matters having any adverse effect on the company and whether the company has sufficient financial control system inside it. The Audit Report shall also contain the statement regarding the views whether the Company has revealed the effect of any pending litigations on its financial statement.
The 2013 Act contains a number of provisions which have far reaching implications on the entire audit profession in the country.