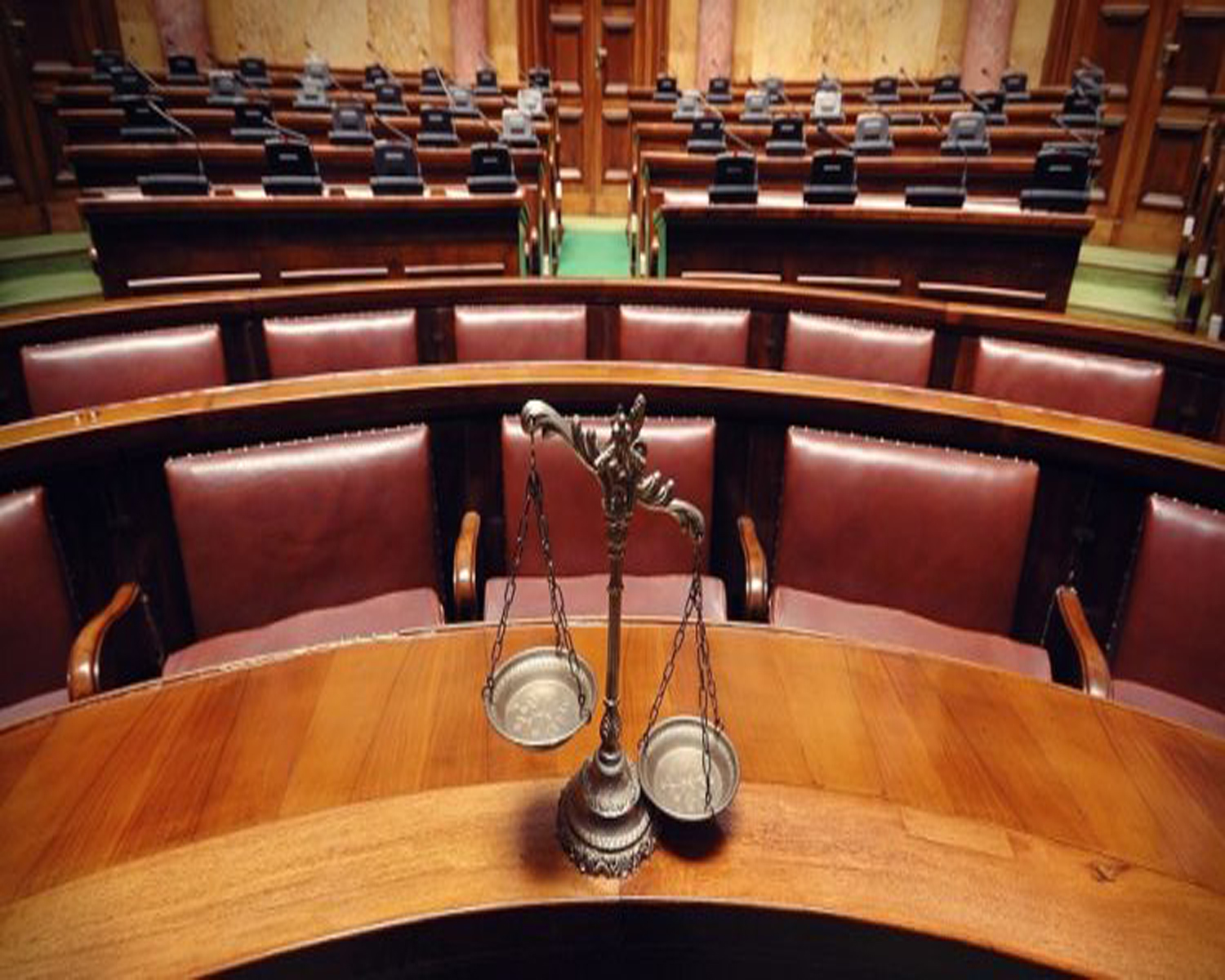 A new reward scheme has been introduced in supersession of the ‘Guidelines for grant of rewards to Informants, 2007’ and various existing guidelines on the same subject, in order to regulate the grant and payment of any reward to an individual who is an informant under this specific scheme. An individual can obtain a reward of up to Rs. Five crores by providing certain specific information pertaining to the evasion of Income-tax on income as well as assets either in India and/or abroad. The informant’s identity will be kept confidential. 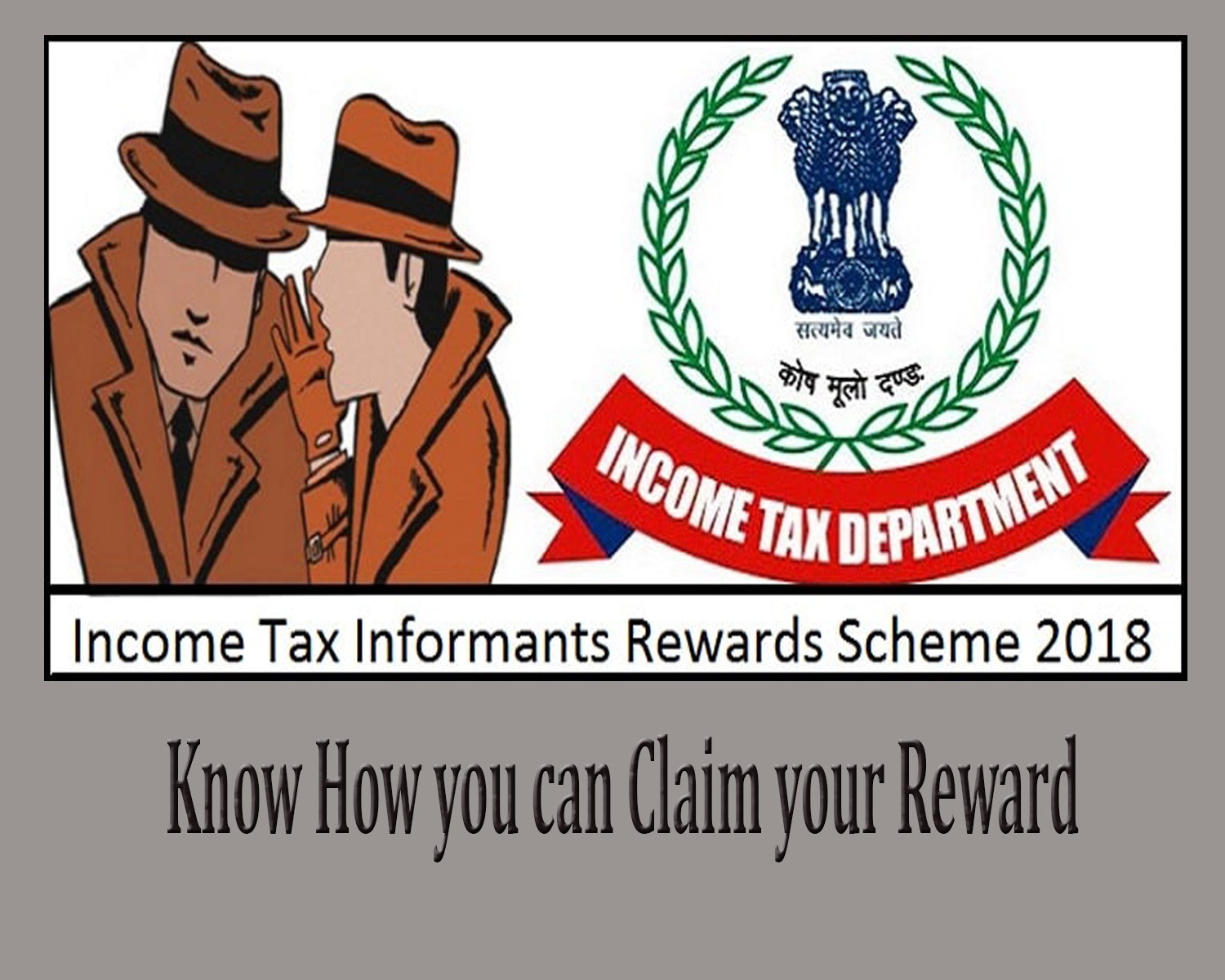 This scheme will control the grant as well as payment of rewards to informants wherein information has received by a JDIT (Inv) from the particular informant either on the date of issue of this Scheme or post it,  which leads to the detection of considerable tax evasion under the Income Tax Act, 1961 and/or the Black Money (Undisclosed Foreign Income & Assets) as well as the Imposition of Tax Act, 2015.

This scheme is not applicable to any information pertaining to the recovery of any irrecoverable taxes as there are separate guidelines issued by the Central Board of Direct Taxes for the same vide F. No. 385/2112015-IT (B) dated 26.8.2015. 1.3.1. However, the ‘Guidelines for grant of rewards to Informants, 2007’ will be applied in cases wherein the information has been received before the date of issue of this Scheme.

Who is an Informant?

Under this Scheme, a person who furnishes specific information in a written statement, pertaining to the substantial tax evasion, in the form prescribed (Annexure – A to this Scheme), based on which, he obtains an Informant Code by the prescribed authority, is known as an Informant.

No claim for reward will be entertained from an individual who isn’t an informant under this Scheme, even if he has provided any information pertaining to income or assets by way of letter, CD, e-mail, WhatsApp, phone, SMS, posting in social media or publishing in newspapers or other media.

The identity of an informant will be kept confidential. Even the reward paid to him or the information disclosed to him will not be disclosed unless it is expressly required under law or by order of any court of law. The documents/annexures pertaining to the identity and information will be kept confidential and will be treated accordingly. Post the allotment of an Informant Code, the individual will be identified by way of the Informant Code only.

What is the procedure to provide the information?

A person who wishes to provide any specific information related to substantial tax evasion in the expectation of a reward under the scheme might get in touch with the DGIT (Inv.)IPOIT (lnv.)/JDIT (Inv.) in charge. Once he comes before the DGIT (lnv.)IPDIT (Inv.), they will direct him to go to the JOlT (Inv.) in charge to provide all the information in the format prescribed (Annexure-A).

If the jurisdictional JOlT (Inv) examines the information and considers it prima facie actionable, the informant will have to submit the specific information in the format prescribed in Annexure – A and will have to appear in person before the JOlT (Inv), whenever called. In case of any problems, the informant can contact the PDIT (Inv) of the area. The decision of the PDIT (Inv) is finally pertaining to the allotment of Informant Code under this Scheme.

READ  Pay Tax even if Income is Less Than Rs. 5 lakhs- Interim Budget 2019 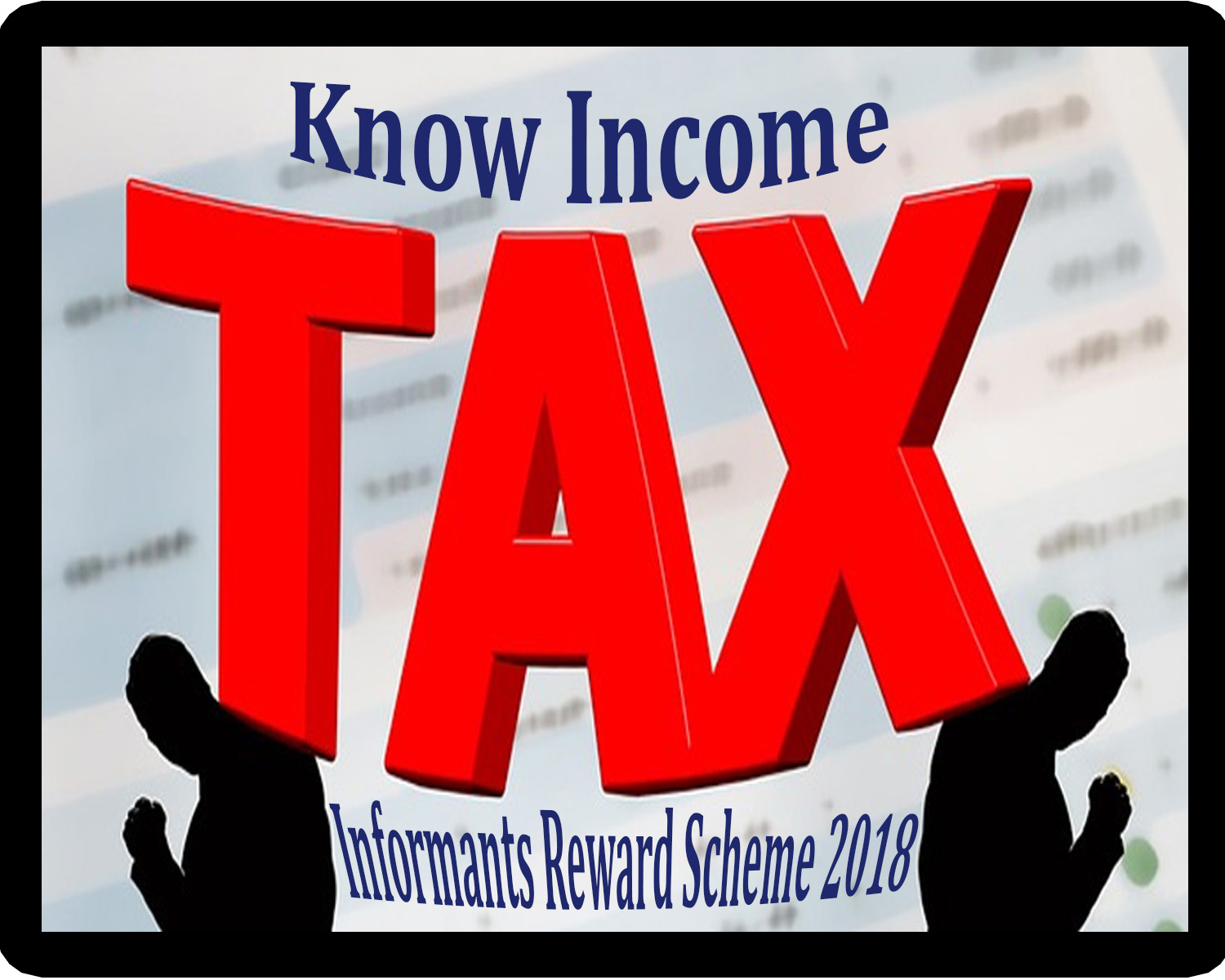 In case a foreign person wishes to provide specific information related to undisclosed foreign income/ assets of an individual who is liable to pay taxes in India, he can contact the Member (Investigation), CBDT, North Block, New Delhi-110001 either by post or in person or even by communicating via email ( [email protected] with a copy to [email protected]) for any further action.

What is the amount of reward, its basis and stages of determination?

Under this Scheme, the reward might be granted in two stages – interim and final.

Timeline to pay the interim reward:

All the reward granting authorities have to pay the interim reward to an informant who is eligible for the reward within the following timeline: (i) Within four months of completion of the relevant assessments under subsection(3) or (4) of Section10 of the BlackMoney(Undisclosed Foreign Income and Assets)and Imposition of Tax Act, 2015, in cases where the information related to undisclosed foreign income/assets is given;

(ii) Within four months of forwarding the final investigation report by the Investigation Directorate concerned to the Assessing Officer in cases wherein the information of undisclosed income/assets liable under the Income-tax Act, 1961, is given.

Mismatch in Credit of TDS : Is the Assessee Liable to Pay? 2 min read