The Goods and Services Tax or GST has been launched on the 1st of July, this year and it is set to change the process of dealing our taxes.

What is the scope of GST?

To understand GST, one needs to understand the concepts that start with the expression ‘Multi-stage’.

What are the stages involved in the process from manufacture to the sale?

There are many steps involved in the process from manufacture to the sale. The first stage involves purchase of raw materials. The second stage is production. Then comes warehousing of materials. Next is the sale of the product to the retailer. Thereafter, comes the ultimate consumer, thus completing its cycle. 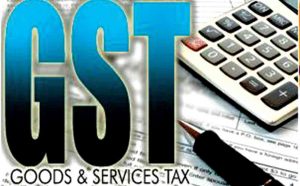 What is the objective of GST?

The Tax department often deals with circumstances where the tax dues are not paid properly by the tax payers, often inadvertently and sometimes knowingly.

To check the inadvertent short payment of taxes, the concept of ‘Matching’ details of ‘supplies’ of the supplier with the details of recipient has been introduced by virtue of the GST Act.

Now the self-assessed tax should be paid by the due date as stated under the GST Act and in case of any failure to pay the same within the due date, the customer cannot avail the Input Tax Credit and the tax payer cannot file any return for any further period of time.

However these provisions work as a self-policing system. Any doubt regarding  the payment of taxes is properly dealt with by the department.

Despite such provisions, instances arise where the tax is not paid accordingly. To handle such situations, the provisions for recovery of due taxes are made.

Recovery Provisions of tax under GST:

The GST Act contains provisions for the recovery of tax under different situations, which can be broadly grouped into the following two classes:

(1) Tax paid less than the due amount erroneously or tax is refunded wrongly or Input Tax Credit is not properly availed; and

The short payment of tax or wrong tax refund or wrong availing of Input Tax Credit might occur due to inadvertent mistake or it may be deliberate that is fraudulent cases with the object to evade the tax.

As the nature of offense is not identical in both the cases, as such, separate provisions for recovery of the tax and the amount of penalty have been made to handle such cases.

Moreover, there are provisions regarding voluntary payment and no penalty or lesser penalty is imposed in case the due tax along with interest, are paid within the specified time.

The explanation below shows the different provisions relating to voluntary compliance:

From the foregoing paragraphs it can be seen that for all kinds of situations relating to short payment or refund claimed wrongly or availing erroneous Input Tax Credit, there are incentives for the tax payer who accepts his own tax liability and discharges the same at once.

The law gives an opportunity to the tax payers for the payment of tax, interest and a nominal penalty which depends upon the nature of offense before the issuing a notice.

It has also been categorically stated that in all such cases no notice shall be issued and there shall be no other effects for default on behalf of the tax payer.

The  Prime Minister in a speech delivered recently has said “We are deciding India’s future” .

Provisions relating to timely disposal of cases under GST:

The GST Act also provides timely disposal of cases. It has been stated that if the order is not issued within the due time which is either three years or five years, the adjudication proceedings shall be considered as concluded.

However it has also been clearly stated that the non-payment of self-assessed tax or the amount collected as tax has been treated in a way other than that the cases relating to short payments and in such cases, the only opportunity to pay tax without penalty is, if paid with interest, within 30 days from the due date of payment.

The provisions make it clear that there are sufficient opportunities available to a tax payer to discharge the tax liability with nominal penalties. However, the law also provides that the Board may fix financial limits for not filing an appeal against any order.

In other words, if any order is passed in favour of the assessee, the department will not file further appeal if the amount is less than the due limit

What Is The GST Liability on Free Supply of Goods and Services? 3 min read

What Is The GST Liability on Free Supply of Goods and Services?

Understanding the Reverse Charge mechanism under GST and IGST?

Pros and Cons of GST- Is Ushering in of GST worth Celebrating as media wants us to believe? 4 min read

Pros and Cons of GST- Is Ushering in of GST worth Celebrating as media wants us to believe?

Arrests and Detention Provisions under GST in Detail- Are these justified 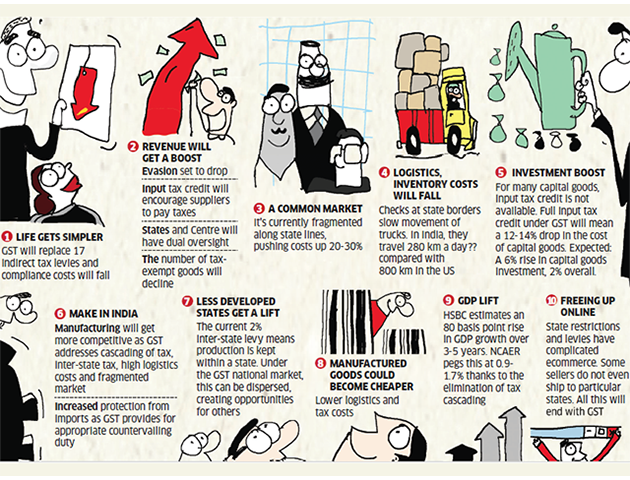 Some important points to be considered under Goods and Service Tax

4 min read What are changes in the income tax return form to be filed this year?

3 min read Which is the Best return form for you to File Income Tax return?

3 min read Do I Need An Attorney Oklahoma Probate Process?

What are changes in the income tax return form to be filed this year? 4 min read

Which is the Best return form for you to File Income Tax return? 3 min read

Do I Need An Attorney Oklahoma Probate Process? 3 min read