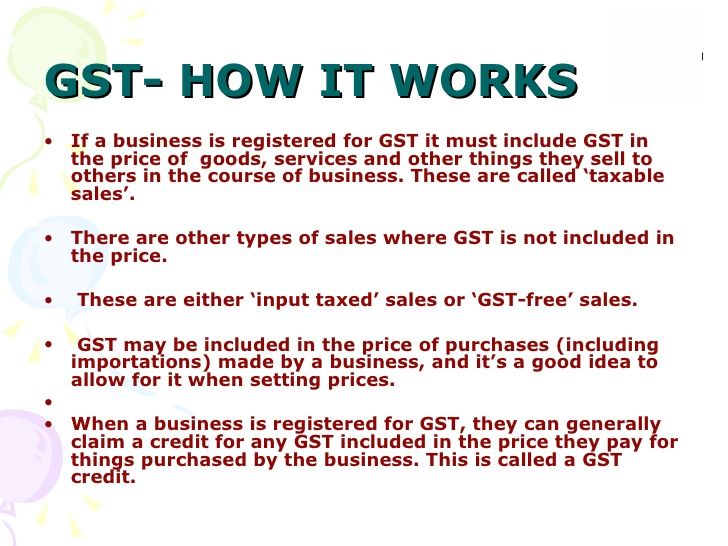 As GST (Goods and Services Tax) is due to be launched soon, details of every single aspect of GST are being scrutinized for future consideration. The GST on Ex-Works Sales is one of the major aspects that go hand in hand with the Place of Supply (POS) of goods.

In depth details about GST on Ex-works Sales

The three main pillars of GST are the CGST (Central GST), SGST (State GST) and IGST (Integrated GST) that form the backbone of the Model GST Law. Any kind of transaction means that there will invariably be some movement of goods and hence, the context of the Place of Supply (POS) will obviously come into the picture. GST covers several domains and GST on Ex-Works Sales is one of the main domains that will determine the taxes to be levied based on the place of supply (POS) of goods. Section 7(2) of the IGST Law throws light upon the POS part of the GST Law that goes as under:

Now, the above-mentioned section further takes into consideration some important cases such as Delivered Duty Paid or DDP sales and Ex-Works Sales. Here, the GST on Ex-Works Sales is the main matter of discussion.

In order to understand the details of the same, it is first essential to know what exactly is meant by Ex-works or EXW, in short. It is actually an International Commercial Term (INCOTERM) is basically “an agreement in which the seller is required to make goods ready for pickup at his or her own place of business. All other transportation costs and risks are assumed by the buyer.”Here comes a controversial proposition as to which should be the Place of Supply of goods in the case of Ex-works where the seller is supplying the goods at the factory gate from where it is the buyer’s responsibility to take care of the goods and use those subsequently. It can either be the factory gate where the of supplier where the transaction completes between the buyer and the seller or it can also be the premises of the buyer from where the goods are taken for further use by the buyer. Taking these into consideration, the following points can be taken into account while determining the GST on Ex-Works Sales.

As per the detailed discussion of each cases pertaining to the GST on Ex-Works Sales in the above-mentioned points, there is still a dilemma related to the word ‘involves’ and that is whether the same is being used as a verb or as a noun because in both the cases, the conclusion may again vary accordingly. Consequently, the following two scenarios arise here:

While discussing the details of GST on Ex-Works Sales, a comparison will come with the CST Act or the Central Sales Act that also deals with the sale and purchase of goods and hence, the movement of goods and transaction of goods as a whole is common between the two. However, there is still a hairline difference wherein, the CST Act deals with the word ‘occasions’ whereas, the GST on the other hand deals with the word ‘involves’. In fact, the word ‘occasions’ covers lots of aspects and have stood strong and relevant through the past years in cases of inter-state sale of goods especially. In other words, as the official conclusion goes, When we see “sale occasions” it means movement prior to sale, during the sale or after the sale, but when we see “supply involves”, the movement in my mind should only be restricted only during the supply part.

There is another context of Auction Sales that also comes into the picture during the discussion of GST on Ex-Works Sales and after scrutiny of various cases and scenarios, it has been inferred that Auction sales fall in the intra-state category, because POS in this case, would always be the place at which the auction is happening.

As a final wrap-up, it can be said that since the sole concern of GST is with ‘seamless credit’, therefore, the legislative intent of the cases must mandatorily be taken into account. In this regard, it is very crucial to thoughtfully decide upon the termination point of supply of goods from the seller to the buyer because this will ultimately decide the Place of Supply of goods and in turn, will affect the GST on Ex-Works Sales.

Also read- Meaning and Scope of Supply under GST

What Is The GST Liability on Free Supply of Goods and Services? 3 min read

What Is The GST Liability on Free Supply of Goods and Services?

Some FAQs about GST- Understanding Scope and Provisions of GST

Understanding the Reverse Charge mechanism under GST and IGST?

Pros and Cons of GST- Is Ushering in of GST worth Celebrating as media wants us to believe? 4 min read

Pros and Cons of GST- Is Ushering in of GST worth Celebrating as media wants us to believe?

Arrests and Detention Provisions under GST in Detail- Are these justified